I've Turned A Page, I Think 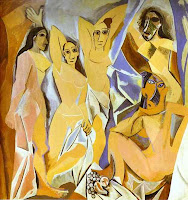 So there's a fella.

And right away you already know by the fact that I'm writing about him that it's probably another failed attempt at normalcy for me.

Well this fella and I had a serious discussion about commitment- marriage, babies, the rest of our lives. It was a very beautiful picture he painted in that little Mexican spot, where he downed like four tacos and six margaritas, and I sipped my water and watched.

I've known this man going on six years now and I figured, yeah, this could work. Who knows me better at this point than this beautifully-sculpted man sitting across from me, letting me know that I've always been his choice even when I had chosen others over him. I thought I could look across at this face for the rest of my life and be fine.

It was a quaint little tale with me working from home as a writer and us living six months in Brooklyn and the other six in the Caribbean. The story included travels near and far, and a lifetime of companionship and supposedly, love. He was offering security the likes of which I haven't had since I was a little girl.

I was inclined to believe it.

He sent me a topless picture of himself.

Now, I don't want to sound like a prude, and you and I both know I have been known to cherish the occasional cock shot via BBM and all that, but his picture sort of took that beautiful painting and shat on it. It went from Picasso to Motel Art in 2.3 seconds. My heart totally sank.

Maybe I'm taking this too seriously, but I didn't want this to be like every other encounter I've had. I wanted it to remain pristine n shit, and he ruined it with that picture. I really thought this time would be different, just like I always think EVERY TIME will be different but then a particularly loud Voice keeps whispering in my ear, "Why are you so dense? Why do you keep falling for their lies?"

Why not believe that there's a great life for me out there, with a man who will put me on the pedestal upon which I belong? Be faithful and supportive? Treat me with respect? Don't I deserve the fairytale after all the frogs I've kissed?

Besides, I don't know about y'all, but I don't want to live in a world without Picassos.

*smooches...preparing to have THE TALK yet again*
----------
luckily for him he's out of the country this week...next week, however *sigh*
More genius from The Jaded NYer
Email ThisBlogThis!Share to TwitterShare to FacebookShare to Pinterest
Labels: A Life in Shambles, I'm Not Bitter, Ramblings, Romance? What's Romance?, What a Sad Sad World
Newer Post Older Post Home