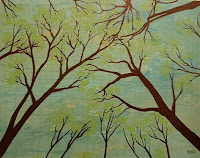 I am made up of three parts: Acosta, Ortiz and Penzo. It might be difficult for some of y'all who come from a long line of two-parent homes to understand, but that's what makes me special.

Acosta is my Mami's father's (Abuelo's) family name. Ortiz is my beloved Grandma's family name and Penzo...well, we all know about those ne'er-do-wells (but for the newbies, that's my biological father's family name, illegitimate as it may be. But that's a tale for another day.).

This weekend was spent with many of the New England Acosta clan and let me tell you if EVER I had to send up the bat signal and get these folks aligned against a common enemy? Sheeeiiiitttt, that poor adversary wouldn't last two seconds. We are simply too many and too mighty and too mother-fuckin' gangsta!

For example, and this will let you in on why I REFUSE to date Dominican men EVER, and why I firmly believe that entire island is related to me somehow: My Acosta great-grandfather had about 42 KNOWN children in La Descubierta. I say KNOWN because those were the kids he copped to, from three different women. And this is CRAZY because from what I'm told, La Descubierta is all of two blocks long. TWO BLOCKS. Do the math. 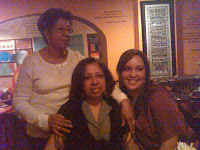 Got that? Okay, then lets move on.

So I was in Lawrence, Massachusetts, which, if you didn't know, is Dominican Central of the northeast, for my Tia Aura's surprise 70th birthday party. She's Mami's aunt on the Acosta side, which makes her my great-aunt, but in my family you just call people by whatever title they are, and she's Tia.

Looking around the room at the many faces of the few Acosta Clan members that could be there on Sunday was just...I mean it was cool but it was also overwhelming. The thought of all these people related to me that I only just met and I'm damn near 40! And all I could think was, "Damn I wish K & N could be here to feel what it's really like to be a part of a big family." Because I don't think they know. 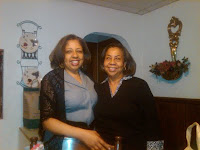 I grew up with a slew of aunts and uncles and cousins and play cousins all over the place all of the time, but they never had that. I want them to know this feeling because as overwhelming as it was it is fucking AWESOME to know what strong stock you come from. What rainbow of faces call you kin. The sense of history staring back at you in one room. And if I ever felt like, "I don't belong here. I don't look like any of these people," well Sunday solved that for sure.

One great-aunt, Tia Elsa, the elder Acosta (born to great-grandmother Cleotilde AKA Tilla) came right up to me and said (and I translate) "You're Mercedes' daughter, right? You look just like her! I'm your Aunt Elsa."

Shit, I won't lie. That felt good as all hell!

*smooches...orgullosamente*
----------
the photo is a lovely painting by Katie Gunther Novella; it's already sold but she has soooo many I'm lusting after; check her out online!

*this is part of a memoir I'm kinda sorta maybe writing about my family, due out in 2014. be ready!