A Little Book Talk On A Wednesday

I was high on yellow rice- not to be confused with yellow cake- when I wrote this so please, excuse the randomness of the paragraphs...

While K was at an interview at a HS she wanted to attend, C, N and I headed to the local B&N to peruse the goods. As if either one of us needs another book.

While checking the aisles for new or notable Latino/a writers, I saw a display of coffee table books, and one in particular stood out: 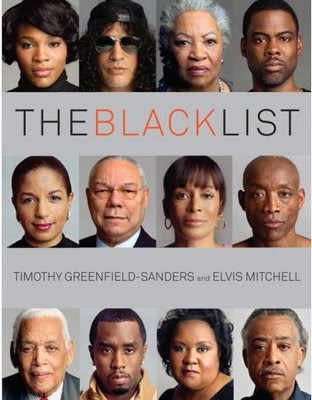 THIS book. Is. Awesome.

And not just because Slash is in it (even if it was the main reason I was drawn to it.) but because it features people like Toni Morrison and Dawn Stanley and Louis Gossett, Jr. discussing how being black affected their lives, their profession, their craft, etc, and... OKAY, it's amazing because Slash is in it.

But still, the stuff the other people had to say was interesting, too. I promise. I read it cover to cover, trying really hard not to puke when I came across Sean Combs and Al Farton's pages. Yuck. Did I ever mention how much I hate those dudes? No? Well, I do.

And yes, I know, I'm not technically Black (although I do consider myself an Afro-Latina), but as Jack so eloquently put in this blog post... I'm "Black By Injection" so suck it!

I highly recommend this book, which is also a documentary on HBO (visit the website here); I liked it so much I borrowed it from the library for like 2 months before I finally broke down and bought the damn thing. Because I was not allowed to renew it anymore. Bastards!

THEN imagine my delight when Irene reminded me about February 7th: First Saturday at the BK Museum... guess what they're discussing?? YUP. The Black List. The authors-- renowned portrait photographer/filmmaker Timothy Greenfield-Sanders and acclaimed NPR radio host, journalist and former New York Times film critic Elvis Mitchell-- will be there and um, would it be cheesy to bring my copy and get an autograph?? Yes? No? Maybe so?

PS- in the future, if you're going to purchase books online, can you do me and the world a favor? Buy from this site:

because proceeds go to literacy programs around the world. And you already know how I feel about literacy...

*smooches...wishing that Slash were going to be at First Saturdays, too*
----------
but wishing even harder that Sean Combs' wack ass stays far, far away.

have any of you read any good books lately? do tell!
More genius from The Jaded NYer
Email ThisBlogThis!Share to TwitterShare to FacebookShare to Pinterest
Labels: America the Beautiful, Beautiful Things, Just Jack, Literature, Negritos, Save the Planet
Newer Post Older Post Home