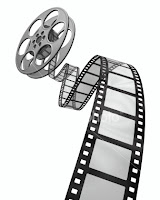 You all know I'm an amazing blogger, and some of you have had the privilege of reading my stories. But only a chosen few know what a fabulous screenwriter I am. Mostly because I haven't told you or shown you any of my projects. Or done anything with them for that matter, except read them over from time to time and fantasize about how many Original Screenplay Oscars I'm going to earn in my lifetime.

But in keeping with my new Field Of Dreams attitude (thanks, Muireann!) I've decided that, besides my goal of being published by 2011, I plan to have one short film shot and ready to screen by 2012 (I gave myself the extra year because I know diddly squat about producing and directing) and a web series cast, written and up & running online at the same time if not sooner.

These things are already in the works and partially written. I just wanted to give you directors, producers, actors, sound editors, musicians, etc the heads up so that when I send out the casting call n shit you'll be ready to go.

If fact, feel free to hit me up NOW; the sooner we make this happen the better.

Be prepared to come outta pocket or help me raise money 'cause you know a sista is unemployed n shit...

*smooches...excited about my own fabulosity*
-----------
you know I'm fabulous, dahlink, admit it :)
More genius from The Jaded NYer
Email ThisBlogThis!Share to TwitterShare to FacebookShare to Pinterest
Labels: A Life in Progress, Entertainment, Jaded Empire, Musings, The Writer's Life
Newer Post Older Post Home