"Should Auld Acquaintance Be Forgot..."

It's almost 2010 THANK GOODNESS and 2009 will be nothing more than a really bad acid trip I should have avoided by moving to DR and working with my Tia in her event planning business. Why are you looking at me like that? Oh, I had escape plans, baby. Solid, written out, thought out escape plans. Y'all are lucky I changed my mind at the last minute!

So...another year, another suicide attempt... what, too soon? Okay, okay, I won't joke about it. I'll just jump right into the Year In Review; my FOURTH one, by the way, but who's counting?

~ENERO~
Mari decided to run for the Uruguayan presidency in 2012, I started posting my semi-quasi-wannabe professional photographs on the blog, some birds crash a plane into the Hudson River, I went to VEGAS, BABY! and some black dude is inaugurated as President of the United States.
~Movies Released This Month That I Saw~
Not Easily Broken
Notorious
New In Town

~FEBRERO~
The recession begins to strangle me, I READ one of MY STORIES in front of PEOPLE for the first time EVER. And am still alive.
~Movies Released This Month That I Saw~
He's Just Not That Into You
Two Lovers 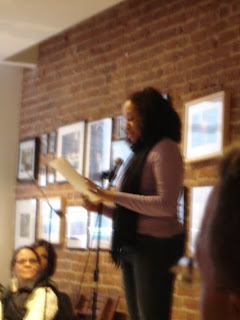 ~MARZO~
I can feel my downward spiral begin to take shape but ignore it. The results are a bunch of spastic blog posts where I take turns joking or ranting about my insanity, or just plain lie about feeling better. Oh, and Mami bought a house in NJ and those stupid Dum-in-a-cans lose to the Netherlands in the World Baseball Classic. GRRRRR!
~Movies Released This Month That I Saw~
Sin Nombre
Sunshine Cleaning
The Accidental Husband

~ABRIL~
I met someone when I wasn't looking for someone and it masked my depression because it just felt so good to have something fun and unexpected fall on my lap; I also began studying Vedic Meditation and out of frustration shut down Monday Musings for the summer break. But The Amazin' Mets are BACK because baseball began on the 6th!!
~Movies Released This Month That I Saw~
Sugar
Obsessed

~JUNIO~
I can barely remember anything else from this month except that I had JURY DUTY, a MURDER CASE complete with photos of A DEAD BODY that subsequently reminded me that not only am I severely depressed but I have no god to help me through it. Then I get laid off. BANNER MONTH!
~Movies Released This Month That I Saw~
Away We Go
The Hangover
The Taking of Pelham 123

~JULIO~
Some personal friendship & relationship issues become the straw that broke the camel's back. I shut down my Twitter account, make the blog private and try & take the coward's way out. This was a bad month. "...Real bad, Michael Jackson..." But before it got that way I saw Maxwell LIVE and he sang to ME. Perfection.
~Movies Released This Month That I Saw~
Harry Potter and the Half Blood Prince
500 Days of Summer
Orphan
Adam

~AGOSTO~
A little trip to Massachusetts to visit my guardian angels Nina & Cathi saves me from myself. For which I am eternally grateful. I was still depressed, but hardly suicidal anymore.
~Movies Released This Month That I Saw~
I was too busy saving myself to watch movies, I guess...

~SEPTIEMBRE~
K starts HIGH SCHOOL at my alma mater (GO TECHNITES!) and I read a little book by Paolo Coelho that changes my life. Well, maybe not my life but my outlook on my depression. At least for September. And, most importantly, I'm back on the air with Monday Musings!
~Movies Released This Month That I Saw~
Extract
I Can Do Bad All By Myself
Cloudy With A Chance Of Meatballs

~OCTUBRE~
Thanks to Ms. Eb the Celeb (Basically this was my Road Dawg this whole summer & I love her to bits for it) I got to see my boo Ludacris LIVE...with special guest Estelle and NAS, bitches- NAS!!! And I opened my online store PLUS on Halloween, I forced myself to go out and actually had a GREAT time.
~Movies Released This Month That I Saw~
Good Hair
The Maid
The Ministers

~NOVIEMBRE~
Another concert was the highlight of an otherwise craptastic month- LAURA IZIBOR- courtesy of my little sister from another mister, Mari. It was such a great show, honestly. Also, I bought some new shit to replace some old shit and it cost a lot of money.
~Movies Released This Month That I Saw~
Precious
2012

~DICIEMBRE~
Oh December, you old cow, you! How how killed my spirit over and over and over! This was the first year I had nothing to give my kids for Christmas and my depression began/is now at similar levels last seen in July. But Christmas weekend was nice so I won't drink the Windex just yet.
~Movies Released This Month That I Saw~
The Princess and the Frog

*smooches...wishing you all the best wish anyone can wish in 2010*
----------
I'll probably be home watching The Wire when the ball drops. The rest of you party animals BE SAFE!!

And yes, I know a whole slew of other things happened this year, but, er, if you want to remember it all, either read the archives or a freakin newspaper. What do I look like, CNN?!?!