What You Can Do In Four Years 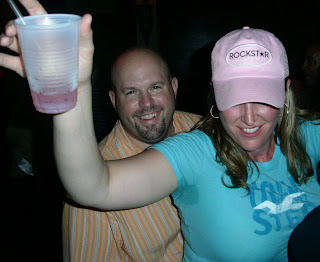 It's a long or short amount of time, depending on how you see it and what you're trying to do.

It can seem like forever if you're in jail or in High School.

It can go by too fast when you're in college.

And it can seem like three eternities when you're riding out a really god-awful American president.

But in just four years my friend Cathi was able to build a relationship with someone new after a hellish roller coaster with her ex-husband.

(and yes, I have her permission to write this, so just shut the hell up!)

I still remember the day she "ran away from home" and showed up on my doorstep in Riverdale, talking 'bout "I left Nate." I thought I was about to be in a really bad Lifetime movie. Was this fool about to show up at my door, too? Was C gonna have to get Manhattan College security to throw him out on his ass?

We went out that night to celebrate her new-found freedom and her mom flew all the way out from California to pick her and her three babies up and take them home the very next day. I thought it was going to be easy-breezy for her after that, away from him and hear her folks, but he had the courts drag her back to the East coast and the drama continued. It was a hot ghetto mess.

After she'd finally settled into her new New England digs, she tells me she met someone new. At first I'm like "whatever" because Cathi's not a dog- it's not hard for her to meet someone new. But she has three babies and a MOTHERFUCKINGASSHOLETRICKASSBITCH of an ex-husband, and that can make new relationships tough.

But next thing I knew it was a year later and they were still together. Curious.

They came to NYC and I met him and he was cool and all, but Jaded lil me gave him a few more months before he was out of the picture. Because that's what dudes do, right? Nope. Two years went by and still, there he was!

They came out for my birthday one year and he upped his coolness factor and all I could think was WTF? Why is this dude still here? Doesn't he know she has three babies and a MOTHERFUCKINGASSHOLETRICKASSBITCH of an ex-husband?

I invited them out for a weekend to AC and again, still here, still cool, same dude. Hmmm. Even my BF at the time was like, "I really like that guy; he was cool." Huh?

Then, for my birthday weekend this year, HE BABYSAT HER KIDS while she came down to the City to get drunkity-drunk-drunk with me. And when I showed up at her door in June with my BMW, er, I mean our friend Rich, he totally fed us and was the most awesomest host and designated sober person for the entire weekend.

So I'm talking with her this weekend and she tells me that TODAY it will be FOUR YEARS that they've been together and my brain almost exploded. WORD? FOUR YEARS?

1. I learned that I cannot teach students with learning challenges, especially not in a boarding school situation

2. Left C, got a divorce, moved in with my mom, THEN moved to BK and became a full time writer

3. Slept with more guys than I care to admit (or recall).

5. Gained a bunch of weight.

8. Saw my sister graduate from Cornell.

Take a look at what's NOT on that list...

Cultivated and nurtured a loving, caring, sweet-as-pie, makes-me-want-to-puke-they're-so-cute relationship with a really cool dude. The one thing I secretly want but don't really like to admit. 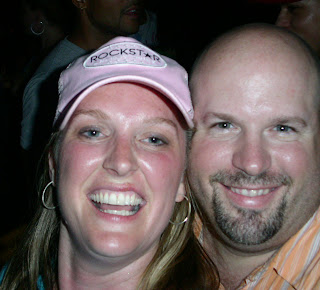