Just the other day, I had what I consider a premonition dream about winning an Oscar for my original screenplay. It was so vivid that when I came to I was smiling and reaching around for my award, only to find I was not on a stage. So what you're about to read is what I wrote as soon as I woke up, edited for grammar and spelling, and filled in with details I remembered later or added because it sounds nice.

I'm sitting in the audience with Mari, my producer and some of the cast members. While Rita-freakin-Moreno is on stage reading the list of nominees on screen is a shot of all five of us. I look into the camera that's in my face and I do one of these: 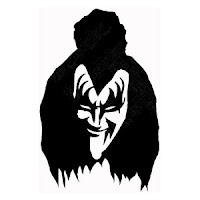 Then...Rita calls my name. MY. NAME! All of a sudden I'm overcome with emotions- everything I've worked toward and here's my reward: an Oscar for my kick-ass storytelling abilities. I walk up to the stage with my face in my hands because of course I'm crying Thug Tears at this point. Oh, and I'm wearing a dress similar to this Halson beauty:

So I get to the mic and listen- I'm sure I had the best intentions of being classy and dignified and all that, but even in my subconscious mind I'm ratchet and inappropriate. I look at Rita and tell her how much I love her and ask if I can hug her. Right. Then I go to the mic and say, "WHERE BROOKLYN AT?!?!" and after the crowd of Brooklynites that were sprinkled throughout the audience dies down I add, "Rita Moreno just gave me my first Oscar. There's nothing more to say!" and then I walk off. I don't thank anyone or anything.

THEN I'm escorted to the little press room, where a bunch of reporters are all in my face with the "How does it feel?" and "Did you know you were going to win?" questions. One asks about my hugging Rita Moreno and I get indignant. "Don't you know who she is? Don't front like you don't know Tuptim and Carmela and Anita and Sister-fuckin-Peter Marie from OZ. I know y'all bitches AT LEAST watched OZ, right?!"

And then it got worse. Someone asked why people from Brooklyn always shout out the borough, to which I replied "Because Brooklyn is the shit and we're proud to be from there." Another reporter quickly followed up with "So do you know Spike Lee?" and CHIIIILLLLDDDDD...I shot her the evil-death-stank-eye and retorted "Right, because we all know each other? Bitch, sit down!"

After an awkward pause someone asks when my next film comes out and I reply that I'm really busy writing for my hit NBC comedy (shut up it's MY dream!) and that I have a new book coming out so the movie stuff is on the back burner for now. So the guy next to that reporter gets this snarky-ass look on his face and says, "A book? What kind of book are YOU writing?" like I didn't just win a major prize for writing and shit. So I invoked the power of Tina Fey/Liz Lemon and said, "Your mom. I'm writing a book about your mom and all her lesbian affairs." Then I left that room because how do you come back from that?

Folks, I wish that was where my dream ended but it's not. I continued The Jaded Ratchet Tour the next day on The View. During our live chat, my age came up and the ladies couldn't believe I was 39 (YES. I'm winning the Oscar in TWO YEARS!) and Elizabeth innocently says, "There's no way you're 39!" And my thug ass replies, "What- you want to see my birth certificate? It's not like I'm running for president..."

Basically, it was the sweetest of dreams for me but honestly, a publicist's nightmare. Can't wait!

*smooches...looking through my notes to find the winning script*
------------
this needs to be written and sold YESTERDAY If I'm gonna win the Oscar at 39!