In spite of all the bullshit that has been plaguing me lately a big ray of sunshine called FAMILY has managed to burst through to keep me sane. (Even though crazy-ass Mari is trying her darnedest to drive me bonkers while she's in NYC for the month!) 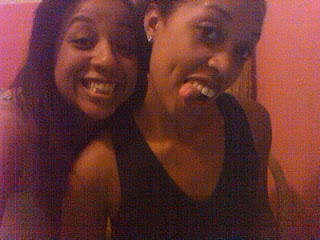 I've mentioned before how, slowly but surely, through Mami's exceptional Facebook sleuthing skills, we've been able to reconnect with many long-lost family members from the Ortiz clan, and honestly, it's almost as good as having Grandma back in my life. Most of these people are the faces I grew up with on Patchen Avenue. These were the people who came to my crazy elaborate birthday parties and ate at my grandmother's table. Most of them had their own bed at Grandma's, too, just like I did, and many a summer were spent in that railroad apartment eating food and watching TV.

This weekend I went allllllllllll the way to Suffern (SUFFERN, people, is HELLA FAR from Greenwood, OK?!) to help celebrate my cousin Will's daughter's 7th birthday (and YES, Dominicans have made it to Suffern, so y'all might want to warn the mayor...) and it was a blast. Especially because K and N were there to bond with a piece of their family history, too. 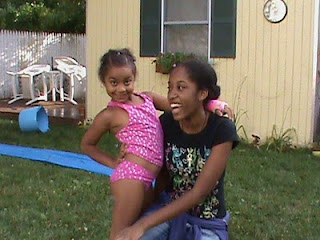 On Sunday I went alllllllllllll the way to Washington Heights (OK, maybe not as far as Suffern but STILL...HMPH!) to celebrate my cousin Jason's birthday. My sweet little Jason! I remember holding him when he was just born; teaching him his multiplication tables (he really got the concept of "zero" pretty easily!) and watching him and Mari bond as the "second generation" of Ortiz cousins. To see him all growed up is rather surreal. 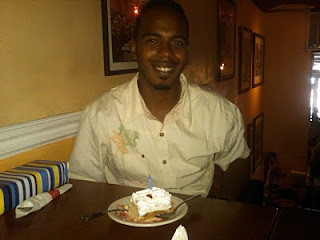 And both times my cousin Rob, whom I haven't seen in ages, was there, too, and I got to meet his new girlfriend, Melinda, who's a complete doll. "Bienvenidos, Melinda!" 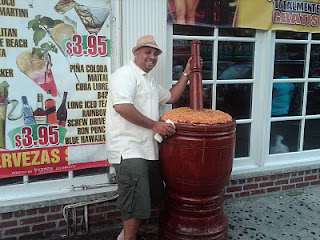 Actually, no, the best part was twofold: 1- hearing K exclaim how great it is to meet new family members and 2- listening to the story about how my grandparents met & fell in love. I swear I almost cried. It will for sure be my next writing project because it is a story tailor-made for the movies, you'll see!

But if we're really, really keeping it real, the best part hasn't even happened yet... my Papi is due into the City sometime today and I'm already anticipating running into his arms as if I'm eight years old again, yelling, "Bendición, Papi..."