Mother Nature VS Jaded McCranky-Pants VS The World!

It's funny how not in control of anything we humans are. I mean, we'd like to think we can control things with our satellites "predicting" shit and our meager contingency plans in case of emergencies, but let's face it- we don't know what the fuck to do when shit gets real.

And that's hard for a control freak like me to admit.

Like, first off, National Grid, Cablevision AND my landlord don't give a shit that my temp job hasn't been paying that much lately because I've been sick and the government holidays and closings have affected my check. Don't be surprised if Jaded starts off 2011 with an overdrawn bank account. It's real in these streets, son! 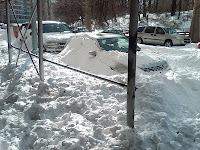 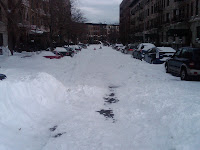 How do you even prepare for it? Plows don't come out to South Brooklyn, elevated trains are all fucked up, buses abandoned in the middle of the street... don't y'all have plans for this? Where are the maintenance crews? WHERE ARE MY TAX DOLLARS GOING?

"Either they don't know, don't show, or don't care about what's going on in the hood."

Lastly, I have cramps so I hate every-damn-one and every-damn-thing. The End.

*smooches...ending the list at THREE on purpose*
----------
it's been a helluva day so only the devil's number will do. Fuck you, Beelzebub! And you, too, Global Warming! Don't think I ain't seen you over there SHITTIN ON THESE HEAUXS...
More genius from The Jaded NYer
Email ThisBlogThis!Share to TwitterShare to FacebookShare to Pinterest
Labels: A Life in Shambles, America the Bully, Big City Livin', I'm Not Bitter, Lady Estrogen, Money...UGH, Ramblings, Tirades
Newer Post Older Post Home