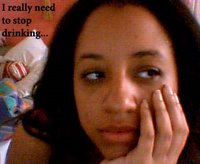 Friday night. Just finished my first week at a cool new job with a cool new nanny taking care of my wee ones. It was my ex's turn with the kids for the weekend. You know what that means: PARTY!!!

It just so happens that my bestest guy friend in the WHOLE WORLD since high school, Jack (AKA Galaxia) was going to be in NYC, and I hadn't seen his cute face since he came to see me freshman year of college (and my roommate got busted for smoking pot LOL). I was so excited to see him, especially because I'm helping him with his own Break-up Heard Around the World, and nothing soothes the troubled soul than a night out with good friends. Plus it was his birthday earlier that week.

I let him choose the spot, and he suggested La Escuelita, this gay club in Midtown. It was perfect because remember, I've gone cold turkey after the Hoover Incident so I was definitely up for fun in a place where NO ONE would be hitting on me.

Random observations from the evening:

1. I had carefully chosen my outfit to accentuate the positive, eliminate the negative, latch on to the affirmative and not mess with Mr. In-Between. In layman's terms: I've gained 5lbs while I was unemployed so I wore black. So why did I see a female in there, with at least 30lbs on me and two inches shorter, showing her stuff for all the world to see? In RED no less! I turn to Jack and say:
"If she wore her half shirt, why couldn't I?"

Jack- god bless him- turns to me and says:
"That's a whole shirt!"

I all but pissed my pants!!!

Then of course a Two-Ton Dyke passed by us and he quickly adds, "That's two shirts!"

2. Some bouncers walk by us rolling these little round pedestals to the middle of the club, and you know what that means: G-STRING DIVAS!!!! I was so stoked to see this muscled, chisled, oh-so-yummy, I-don't-care-if-he's-gay dancer up there shakin' what his momma- and Bally's Total Fitness- gave him. Jack and I tipped him so much I think we paid his rent this month! There was a girl dancer, too, and I tipped her on a dare, but her moves were wack and that male dancer had already stolen this Hag's heart. Jack and I considered propositioning him; I'd take the front, he'd take the back...and I was just smitten enough to agree to it!

At the end of night (cause you know we shut that place down at like 4AM) Mr. Gorgeous Dancer Man hugged and kissed us both goodnight. I could've died happy right then and there.

3. The ladies room was so disgustingly gross that I thought I'd walked into the men's room by mistake. Although, it wouldn't have mattered if I had, I guess...

4. The drag show was hysterical, especially when the MC sang happy birthday to some gals: "Happy Birthday you nasty, pussy-eating les-bee-enz...Happy Birthday tooooo yoooooo" that was classic!

No Worries: I've Got Two Good Livers Waiting For Me Inside K. & N.

Seeing as Jack was nursing a broken heart, I knew that some heavy duty drinking would be going on that night. But as you recall, I'm out of practice and it takes very little to get me hammered these days. Jack forced four rum and cokes down my throat (and by forced I mean he paid for them and only a dummy turns down free booze!) and then made me get up and dance (and by made me I mean he said, "wanna dance?" and I said "sure!"), and for me drinking and dancing makes my vertigo act up. I was D-R-U-N-K!!!

The ride home to my place was...well I barely remember getting home, only that Jack peed on the wall by the Foodtown and that I passed out in all my clothes with my makeup still on. I did manage to fix up the couch for him, so I wasn't too far gone.

Next morning after Jack had already stumbled on to his mother's all the way in the Boogie-Down, my stomach reminded me that I was no longer an 18 year old co-ed. That bitch was pissed! And it went a little something like this: 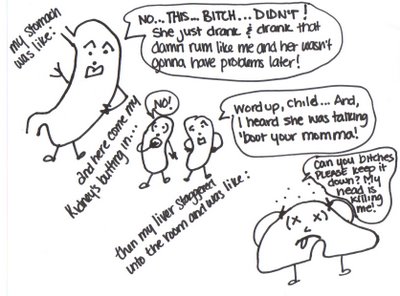 The last time I partied like that was Montauk for my 23rd or 24th birthday; it was so worth it!!! 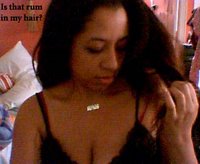 Jack, I hope I was able to get your mind off Cabroncito; thank you so much for the treat!!! 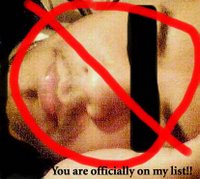