I hope you enjoyed a month of ALL DOMINICAN EVERYTHING on the site. It was difficult to keep up because I was hit with an unexpected roadblock at work that rendered me too exhausted to update for almost two weeks! For that I apologize, but by the time this posts all of the backlog that I meant to entertain you with should be live on the site. 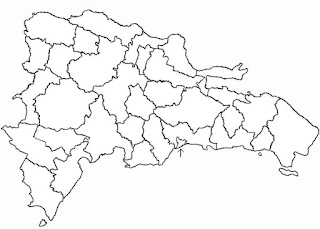 To close out the month (on a leap day, no less!), here are a few things I thought you'd like to know. A Jaded Dominican Family Trivia Cheat Sheet, if you will. And it goes a little something like this...

1- My great-grandmother, Ramona, once told me that putting my hands on my head would cause my mother to die. At school, our punishment for talking in class was to stand on our chairs with our hands on our heads. I was a bit of a chatterbox and got caught once. You can only imagine the waterfall of tears that old woman's superstitious threats caused me to shed!

2- My grandmother, Rafaela, used to bend the canned goods at the market on purpose, because dented cans were discounted. She was also notorious for opening bags of snacks in the aisles and giving us candy and grapes that we never paid for.

3- My grandfather, Miguel, used to leave his Brooklyn apartment every morning at about 5AM to work at an envelope factory in Union City, New Jersey. He'd be home by 4:30 every night. He finally retired in 1998 when he was finished building his house in Los Minas. My grandmother died in that house.

4- Because my grandmother was very poor in the Dominican Republic, she asked her sisters to look after Titi Gloris and my mom: the former going to Germania and the latter with Previstelia. Neither situation was ideal for my mom or aunt who were treated more like maids and governesses than nieces.

5- My uncle Julio joined the army after high school and left behind a young bride, Nina, that he married much to the chagrin of my grandparents. OH how they tortured that poor woman, just for being! She spent most of her time in Julio's old room crying.

6- My cousin Minerva was the first of us girls to move out on her own, against my grandfathers' wishes (y'all know girls can't leave unless it's for school or marriage!). She had the top floor of her paternal grandfather's brownstone in BedStuy and I thought it was the coolest apartment in the whole world. That arrangement didn't last long, though, and to this day I've not known her to live more than two or three blocks away from her mother.

7- I wasn't very pro-Dominican until I lived in Alfred, New York for a few weeks. All the non-brown faces, bland food and lack of merengue made me so desperate for home that I, Raquel Ivelisse Penzo, joined the Latino Student Union. I KNOW!! I never join anything; it's against my nature, but in that little group on campus, filled with people that I really didn't like, I felt safe. I felt like I was almost home.

8- When my sister, Marielys, was little, Mami sent her to the Dominican Republic to have her tonsils removed (an operation US doctors refused to perform). I don't recall how long she was gone, but when she came back not only had her Spanish improved drastically, but she had this undeniably "Acosta" stankness about her, as if she were above the law and reproach and couldn't be bothered with us mere mortals. It was hilarious. (PS- she's still like that, though. HAHAHA!)

9- I'll never forget going to one of Ks parent-teacher conference at PS 24 in Riverdale, New York. As is common at schools, they had all the kids' work displayed on the bulletin board. One assignment had the students' mini-bios...and K had written about what it felt like to be Puerto Rican. *RECORD SCRATCH* Exactly. I knew right there I needed to be a better Dominican mom!

10- N was conceived less that three months after Grandma died. When she was born and got her full coloring of deep chocolate, she looked so much like Grandma to us that I can only imagine their souls crossing paths- one on the way in and the other on the way out. I'd like to think N had conversations with Grandma before she was born, and that she got blessed with the essence of the strongest Dominican woman I've ever known.